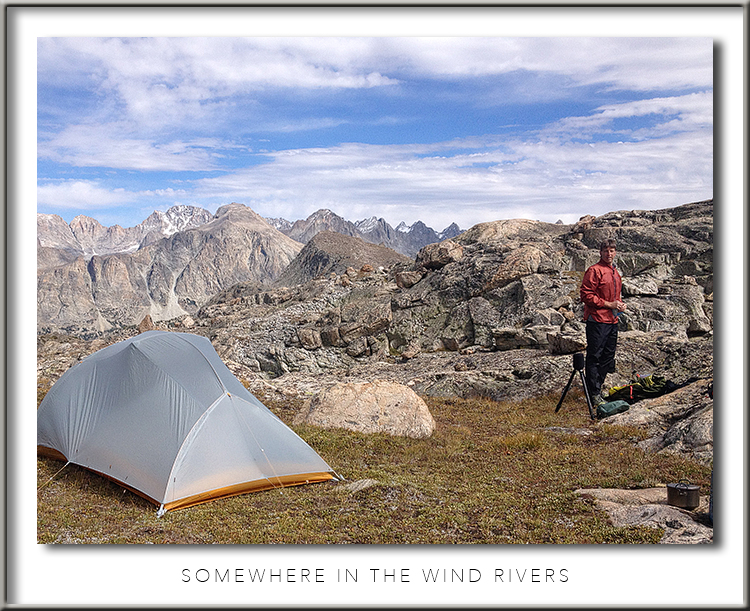 Don’t go into the Wilderness with This Guy

As the older brother, I’ve been stuck hauling Dave up into the mountains for the last 40 years. It used to be a drag but now it’s just plain painful. Not only do I have to wait for him to catch his breath, but also setup, take a photo, dismantle the various parts and get back on the trail.

Sometime in the ‘90’s he brought along a camera and tripod. Ever since then he waxes on about how that camera makes him notice, appreciate and celebrate the natural world on a whole other level. It’s all a bit too Zen for me. He also claims to have known Galen Rowell and that Galen was an early mentor. Maybe it’s true I don’t know. All I know is Galen certainly wouldn’t have slowed me down the way Dave does.

I will say he comes back with some pretty amazing stuff. Some of it is on this website, some of it isn’t. His photos show the beauty and sense of place we so love in the wilderness. So if you’re looking for some great images, or if you need a photographer who will create a unique vision of your own private wilderness, get in touch with Dave; you will be happy you did.

Lately he complains it is the camera gear that slows him down. Whatever. He’s just slow.

About Dave Chew and the Photographs

Dave was born and raised in Northeast Ohio, where his outdoor experiences defined his life from an early age. From living in Western Geauga County next to what became one of the Western Reserve Land Conservancy’s oldest and largest holdings, to spending summers on staff at Camp Stigwandish and family vacations that included backpacking and climbing, Dave developed a deep appreciation for the wonder and diversity of the outdoors.

While living in Northern California, he took a camera backpacking in the Sierras. That experience brought so many questions and so much curiosity around how cameras and film see the world. More importantly, it gave him an entirely new view of the world that made him notice and appreciate the outdoors at another level. He then learned that his office in Emeryville was two blocks down from his Galen Rowell’s studio. Galen quickly became a great mentor, and he and his staff were an endless, patient resource. Visit www.mountainlight.com to learn more about Galen Rowell.

A few of the images reflect Galen’s style - one that includes bold colors and a striking, active landscape. Seastacks, Rodeo Beach and Moonrise Over Prior’s Island are two examples. However, there is a definite progression into a more intimate interaction within the landscape that coincides with the move back to Northeast Ohio. Examples include Tree Root and Rock Dam, Dry Creek.

Water and its effect is a favorite photographic subject; water can be chaotic or calm and serene. This dynamic nature of water implies a time scale that is an important aspect of his photographic style that includes searching for simplicity, order and patterns in what on the surface often seems chaotic.

These images represent an effort to notice, appreciate and celebrate the incredible detail of the natural environment. We hope you enjoy the images and please, visit his website at www.davechewphotography.com to see these and other photographs.

About the Equipment and Technique

I did not make the switch from 35mm film to digital until 2006. Prior to that I was scanning transparencies to get images into Photoshop. Many of these photographs (in fact all of those from California) are scanned 35mm slides of Fuji Velvia.

From 2006 through 2010 I used a variety of Canon digital SLR cameras. In 2011 I made a left turn and tested technical cameras with a medium format digital back. I thoroughly enjoy the way these cameras work in the field and have never looked back.

My current workflow uses Gitzo and RRS tripods, Alpa camera equipment, a Phase One digital back, a small selection of Schneider and Rhodenstock lenses, Capture One, Adobe Lightroom, Adobe Photoshop, Qimage One, Canon printer and a short list of professional papers. 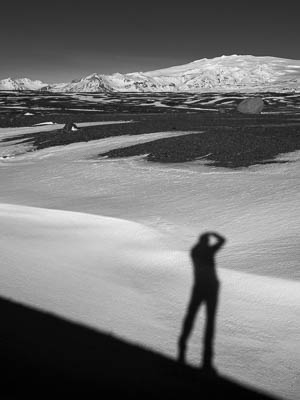